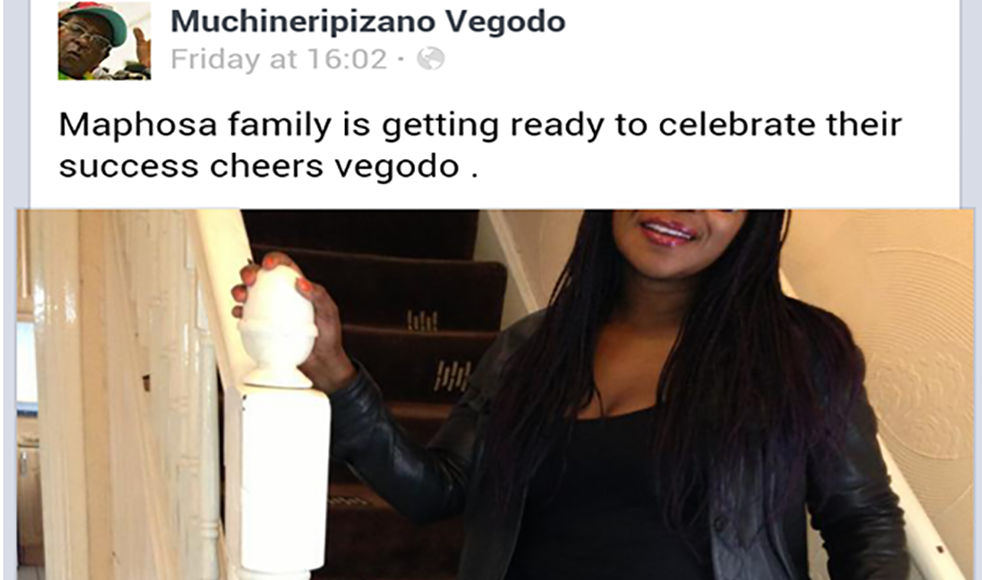 Zimbabwean  Nyarai Chirambaguwa -Maphosa well known for shooting a video of herself in a sex act with a boyfriend in 2012 or so , and also shooting her nude images which she later shared on whatsapp with the Zimbabwean society in order to fix her boyfriend who had dumped her is a risk to the vulnerable adults in UK .

Nyarai’s fake name that she is/was using on facebook is Muchineripizano VeGodo.She also currently uses Nyarai Nyati on facebook .The soon to be grandmother who some believe to be mentally unstable is said to be a live in carer in Luton or London .The habitual liar has cheated her husband with many boyfriends .In one of the cheating incidents she lied that the boyfriend was a class mate when her husband caught her.The boyfriend dumped her after which Nyarai filed a false rape accusation with the police in Britain.

Nyarai  is the kind of person who can sexually abuse patients or steal money from them to buy beer .The woman who is currently preparing for  the baby shower of her daughter in law on Saturday 4 July 2015 at Buccaneer ,Longlands Road .TS3 6HB Middlesborough , 2 pm till late is in the news again after she shot a sex video a few weeks ago that she sent out to the public…….More to follow on the video