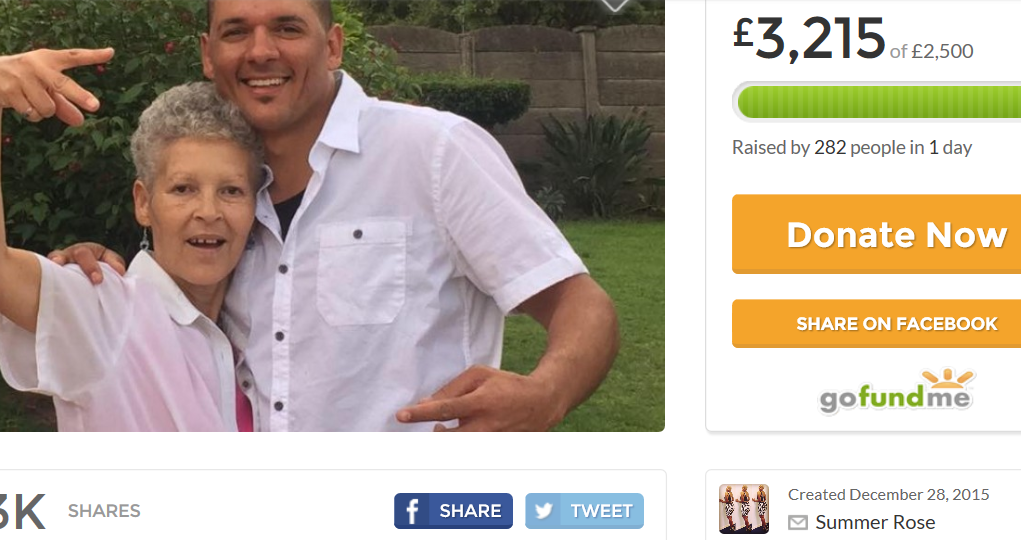 Some concerns have been raised pertaining to a Go Fund Me Page that has been opened by Curtis Smith aka Keda’s bootlicker, Scotland based Rose Mutsau aka Summer Rose , to help with funeral costs for his wealthy mother (RIP) who passed away in Zimbabwe  .This comes when some Zimbabweans are using the fundraising platform to dupe unsuspecting members into believing that they are raising funds for the needy which in some cases is not used for the intended purpose. Below are examples of extracts by some Zimbabweans who have shared their opinions amid verbal attacks by Keda and Summer Rose’s boolickers.

Seek transparency and accountability pertaining to Go fund me page opened by Keda’s bootlicker .What a way to remember a wedding day .Shame .I don’t visit the page but this is the third time some different sources have contacted me to be aware of information there.Well ,according to the information I have received I understand a Go fund me page has been opened by Keda’s bootlicker , Summer Rose. You know me and Go fund me pages for funerals . Just make sure there is transparency fellow Zimbabweans and that the money raised will be used for its intended cause.Ndinotaura ndataurazve about funeral Go fund me pages and ask kuti zviro zvacho zviri kumbofamba sei then ndotukwa ,only to hear people complaining later kuti mari yedu yakambofamba sei .Hatifundi handiti .Then wasu oita hake last laugh kekekekekekekeke hako wasu .

Well , personally I don’t understand if the money is to help with funeral costs implying that Keda who is supposedly based in Canada with his newly wedded wife cannot afford the funeral costs for his mother’s burial or what.Is he that broke such that he needs help with such funeral costs ? Just curious .Keda afforded a lavish wedding , afforded buying ZANUPF Chinotimba a suit etc and you think he can’t afford buying a ‘box’ for his mother.Mwaakuita basa rekukotsa anhu anoaffodha funeral costs ngekuti mashamwari anonga avhura mafacebook page ekuposta mavideo asi kani then mwototi aim of page is to unite Zimbabweans as said by the bootlicker.So you are united by people who open facebook pages to post videos? Anyway , tozozwa kuti mari yerufu yemuri kuita konde konde kupa munhu who I think can afford to fund his mother’s funeral costs yafamba sei.Please keep me posted and thank you for sharing with me.

Just saw you wrote about Curtis Smith. Well done my sister he is a crook him and his wife. My cousins attended his wedding ceremony.  I refused to go because he has been married a few years now.  It was all a fundraising scheme.Proud of you as always. 👍👍👏👏👏 . Yes his mum collapsed as wedding ceremony was on.  However she was wealthy.  So I am not sure what the gofundme is for lol. I know his wife was in Canada too with her mum and other family members when mum left the dad.  She came to Zim to marry Curtis .He’s always been a crook that boy. He used to just drink daily from morning in Arcadia,  Harare.  Not working but able to drink daily.  He also rounded all the young girls in Arcadia. You see he also sells T-shirts.  So why a gofundme page lol. Yes silly fools fall for their nonsense.  Just like fake pastors.

I don’t know this Viomak and handisi kumubigger. But after reading this article she made a point. There was no need of opening a Go Fund Me account. Tragedies happen to lots of pipo here on FB and if we all open gofundme uhmm hameno. I am sorry for Curtis family for the loss. But Summer akaita zve musoro wake kuvhura that fund. That fund is to help vanhu vane serious issues like health or impossible situations. Let’s not abuse the system.
——————–
From whatsapp

The founder of Zvirikufaya na Keda which went on to popularly known as Keda Power or Keda TV Curtis Smith was struck with tragedy on his wedding day.

A reliable source said the Curtis’ girlfriend was a gold digger who liked high life while neglecting his frail mother in Zimbabwe. Curtis’ mother was believed to have refused to attend the wedding because of a bitter relationship with her daughter in law.

Curtis’s wife is a daughter to an alcoholic Hamid “Muzukuru” Dhana who once played for Dynamos FC in the late 80s.

Senecal was famous for advocating for coloured peoples’ rights before independence. She was known for refusing to leave first street claiming she was white back then.

Zvirikufaya wedding has turned out to be a bitter pill to swallow as Curtis known for buying a suit for Cde Chinotimba for political mileage and had bootlicking lessons from Chiyangwa when he posted a series of egomaniac selfies where he was proclaimed King of Selfies.

At some point he thought he had power over all facebook Zimbabweans as he dictated what to watch and which competition. I felt like coloureds were now in charge of a fake country called Zvirikufaya na Keda.

As Curtis approaches the valley, in the shadow of his mother’s death little is known on how much money he has been left as he splashed a lavish A list wedding.

I guess we can all learn life lessons, that if you cannot love your mother then you cannot also love your wife. Curtis’s girlfriend took over as mother and it broke Senecal’s heart. His facebook fans are in distraught and shock. More to follow……. 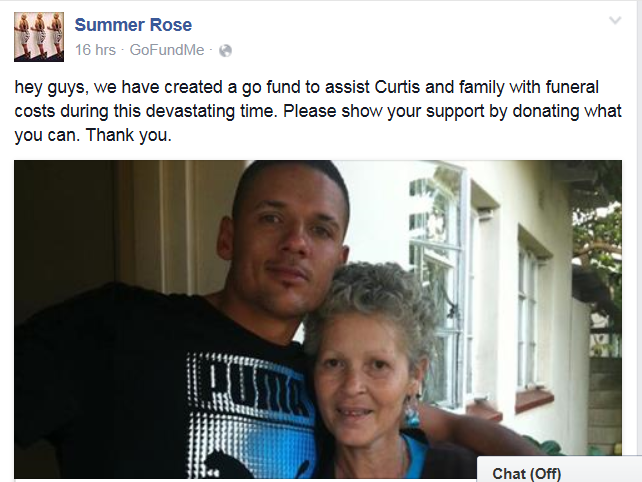