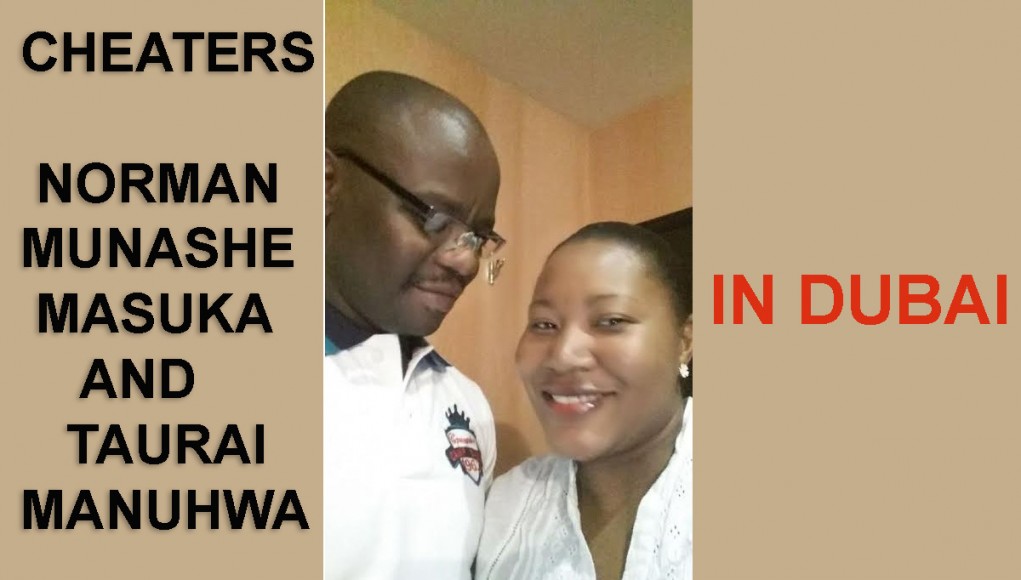 “UK based Norman Masuka, twice divorced was caught cheating on his newly found partner, Mavis Revai with a married Zimbabwean woman Taurai Manuhwa in Dubai. The cheating stars were booked at the Dubai Palm hotel from Monday 23 November 2015 to Saturday 28 November 2015 on +97142710021.

Norman who works for Southern Trains lives in London with Mavis Revai , whilst Taurai who works for FBC bank lives with her husband of two years, in Harare.Norman and Taurai who flew to Dubai from their respective homes to go and do musvo in Dubai .

The cheating birds were booked in rooms 210 and 212 respectively. This was only a decoy as they were spending the nights together and then seen out enjoying Dubai together.

Taurai’s husband, Kingston Kanyile found out about the illicit affair and confronted her. Taurai is seen in one photo shying away from the eyes of her husband after having been confronted.

“Always pray to have eyes that see the best, a heart that forgives the worst, a mind that forgets the bad and a soul that never loses faith” wrote Taurai on her profile

Mavis was not bothered as she declared that Norman is not the first or last man to cheat, more so it is normal for a man to cheat. Apparently Mavis who can be  was responsible for the breakup of Norman’s marriage during a three year affair, hence her I don’t care attitude.” said the source.