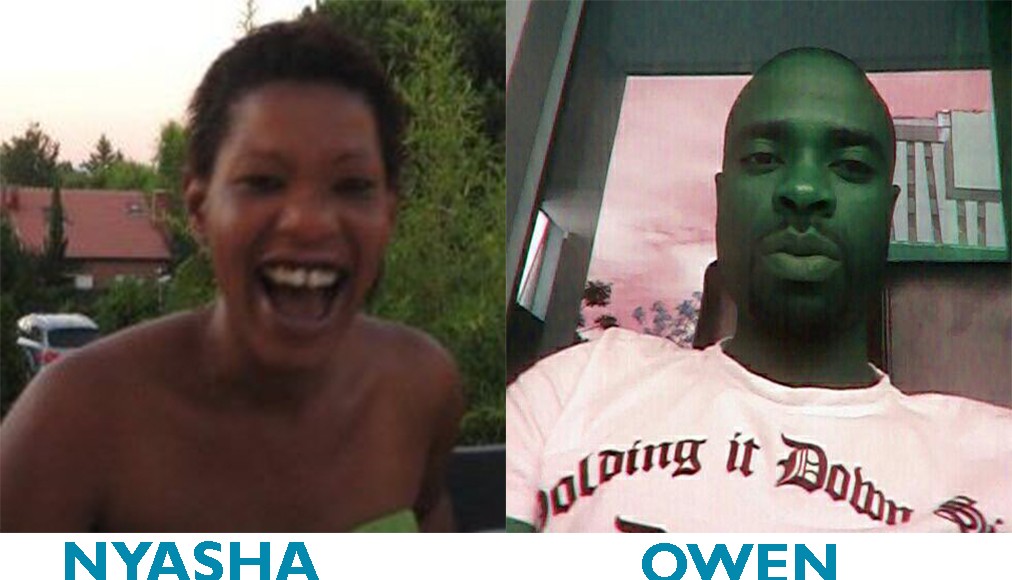 Joyce Mujuru’s daughter, Nyasha Del Campo nee Mujuru is in a hush-hush relationship with Mutare a ngoda boy Owen Chinouya popularly known as “Patrao” who is spreading HIV knowingly. Nyasha married a Spanish man Pedro Del Campo back in 2007 at a lavish wedding in Victoria Falls (financed by blood money from diamonds while the majority of Zimbabweans are suffering ).The couple is said to have two daughters together.

According to Owen’s facebook profile (Ow Shayne) , the two are in a relationship (image attached). Nyasha seems to have moved on swiftly from her marriage to her loverboy Owen, who gained popularity during the Chiadzwa diamond era but had become broke in recent years like many other dealers in Mutare who are now living from hand to mouth with nothing left to their names. Owen seems to have struck gold as he is now milking Nyasha Mujuru.

She flies him back and forth to Thailand .Owen is said to be a  notorious womaniser who has sired three children with three different women and has a reputation for impregnating girls then dumping them while spreading HIV knowingly.

Owen is also known for selling drugs (cocaine) and for preying  on women for their money. Owen who openly splashes Nyasha’s money on other women in Zimbabwe boasts that he is only dating Nyasha for her money, and that she is not the usual type of girl he goes for
looks-wise .

“It seems Nyasha is desperate for love such that she has stooped so low .Now she is on the other side of the river, acha juicer maARV just like other poor ordinary Zimbabweans that her and the Mujuru empire have mocked and affected through their brutal, bloody thieving business dealings. ” Said another source .

If Nyasha is still married to her wedded husband Del Campo she is cheating on him with the ngoda peddler who is a womaniser and spreading HIV knowingly ,added the source.