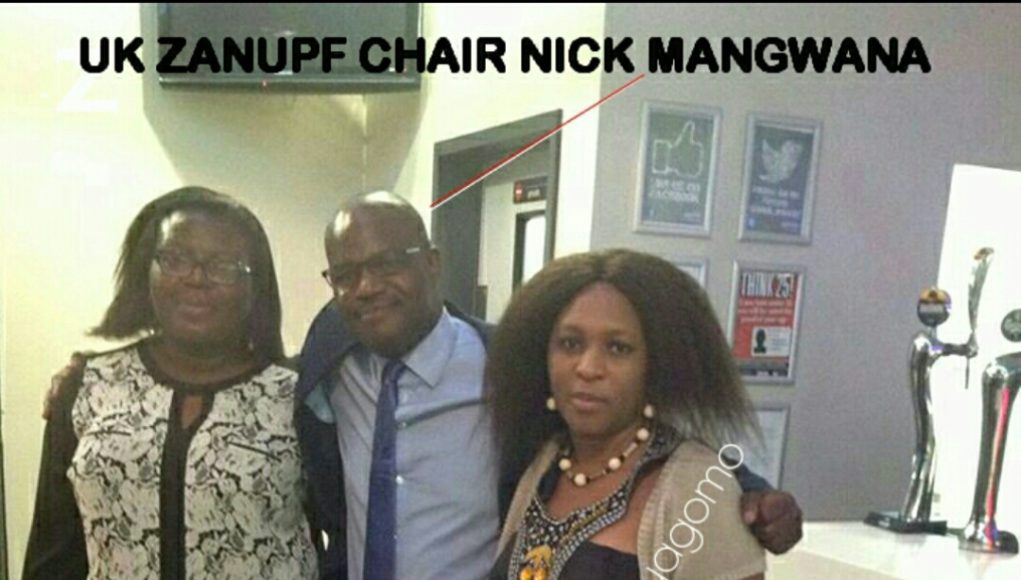 For so long Britain has been allowing these terrorists to build structures in Britain yet these terrorists support perpetrators of all sorts of human rights abuses .Their allies are masquerading as opposition members yet they are Zanupf spies dotted in Britain.

In this video Nick Mangwana the Britain based zanupf terrorist who is apparently the UK zanupf chairman is seen with zanupf murderer Saviour Kasukuwere in Zimbabwe .He can travel freely in and out of Britain under Britain ‘s protection and blessings. The two terrorists are not even ashamed to show support for this murderous regime.

Britain actually denies visas for hundreds of genuine Zimbabweans who are genuinely against this zanupf evil regime and suffering under murderer Mugabe’s rule , but they shelter and protect zanupf terrorists. Even here in Britain as I type this , some innocent Zimbabweans struggle to get legal immigration papers and are living in  terrible  conditions as  undocumented immigrants but zanupf terrorists are given legal stays and protected by the so called anti-terrorism nation Britain .Stop lying Britain.

Not all of us are fools Britain or fear voicing out our opinions.Let the world know the kind of real hypocrites you are.

Well ,Britain should now explain what these zanupf terrorists are doing in Britain. This hypocrisy by Britain is not only irresponsible behaviour but it is actually support for terrorists yet we hear now and again Britain claiming to be an anti-terrorism nation. Stop the hypocrisy Britain. Supporters of terrorists are terrorists too.That’s how I see it.

Meanwhile sisi Vee has written an email to Britain’s PM seeking audience with her over the issue.A number she phoned to speak to her went to voicemail.A hard copy letter will also be in the post to the attention of the PM.

In the image the zanupf terrorist Nick Mangwana is seen with one Barbara Nyagomo , a close ally and zanupf supporter ,and  well known con woman who claims to be in opposition politics and also based in Britain….yet she is a Zanupf spy.

You can go ahead and call me a cyberbully Nick Mangwana and all your zanupf thugs being protected by Britain. 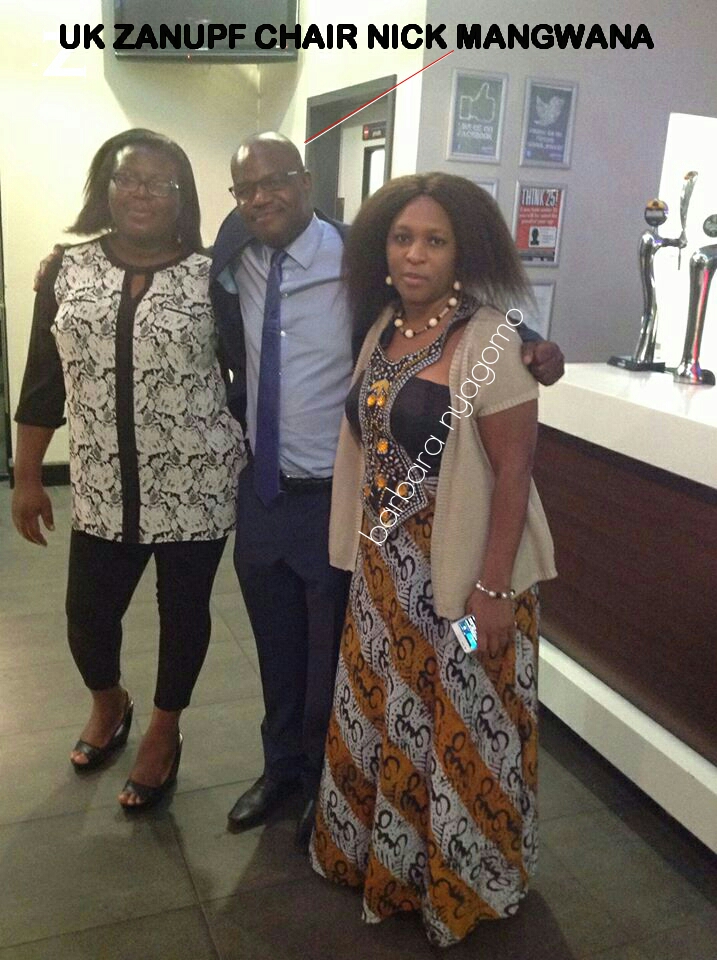 I hope I find you well .My name is Viomak,a Zimbabwean human rights defender and protest singer in Britain .I am writing to kindly seek audience with your office over the matter above at your earliest convenience.I understand the above mentioned Nick is the ZANUPF UK Chairman in Britain where he now lives and is currently in Zimbabwe where he is masterminding the support for ZANUPF in preparation for the 2018 elections .This is a zanupf terrorist resident in Britain and using Britain to forge his terrorism from.This therefore means Britain is harbouring and protecting zanupf terrorists despite Britain being an anti-terrorism nation.Today I also received a video showing the said Nick Mangwana at an indoors rally with a well known ZANUPF murderer and terrorist Saviour Kasukuwere .They are showing support for this murderous regime .My issue honourable PM is, what is the ZANUF terrorist doing in Britain ?May your high office please allow me the opportunity to discuss this issue in person with you.