Home OPINION Desmond Chideme aka Stunner denies that Olinda plotted to murder him as... 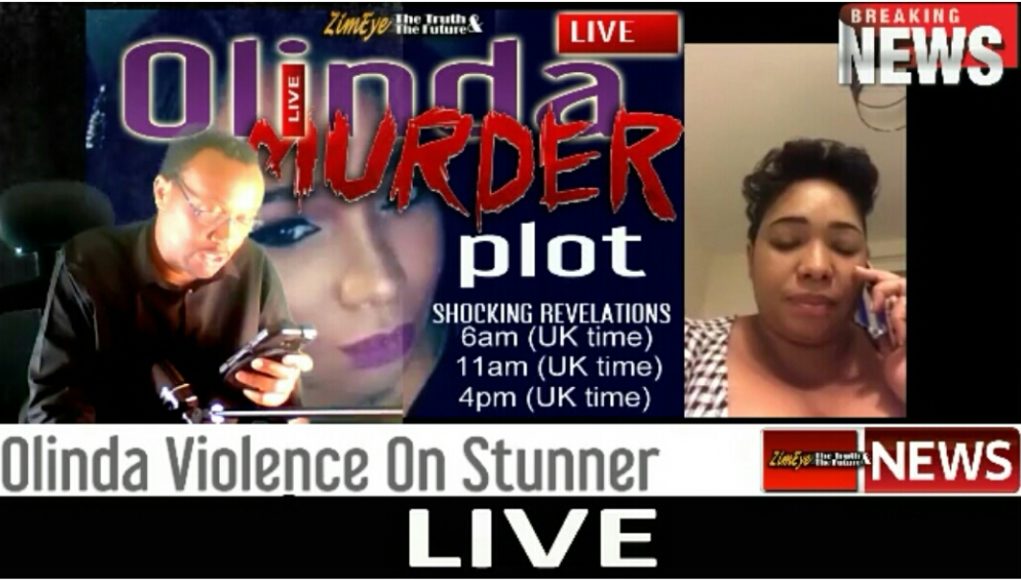 As many of you should know by now , I declared never to visit Zimeye news site since February 2016 unless I was oblidged to double check on issues of concern at the request of others.Being the kind of principled person who sticks to her decisions I never visited the site until today after receiving a message from a concerned citizen .

All I am against is journalism aimed at pursuing personal or organisational agendas and these are the type of journalists we have world wide.Just look at how the sewage international media is trumping US president Trump all in a bid to brainwash masses into believing that Trump is just a trumpet that only makes noise .This they do inorder to pursue their evil agendas.Unfortunately not all of us are fools. Well done Trump for continuously exposing the media savages especially Britain’s so called media thugs masquerading as journalists.

We therefore end up reading deliberate lies by sewage journalists and that’s why I decided to join the industry so as to ensure we are truely informed and not deliberately misinformed by media thugs.

Many of you should know why I declared never to read Simba Chikanza’s so called news and have said it across publicly too.

Well after receiving the message today I visited the site to gather the evidence I needed for me to write this piece …..and thank you so much for believing in my investigative journalism aimed at just putting the truth out there and not lies , despite how Lance Guma and Simba Chikanza tried to tarnish my image saying I write lies so as to settle their personal issues with me which I have been highlighting since February 2016… after I shared a message sent to me about Tafadzwa Mushunje.

Well despite me highlighting that Simba Chikanza deliberately cooks lies to attract more visitors to his site , it seems some people still believed that he does not deliberately spread lies to pursue personal agendas.

Anyway , when I visited Zimeye today  there were many comments from readers despising him for spreading lies.I was to save the comments just to share too semunhu anewoka mainterests kekekekekekeke ndatoti dzawira mutswanda .I was later advised he had deleted most of the negative comments blasting him.I went back to double check and yes the comments were gone.Ndadya manonoka kekekekekeke zvakaoma idi.

Well I partly blame Olinda for believing that her stories were in safe hands with Zimeye as she seemed to agree to be interviewed days on end.They say ignorance has no excuse.

So here it goes,

[20/02 7:40 am] Kind: Mng sis vee sory 2 disturb u  check bush journalism by simba chikanza on his  “zimshit” website abt an article “olinda murder plot” ari kutukwa nevanhu let’s tek advantage & expose him actually we culd counter & offer olinda interview sory but I just lyk our musvo website & will do everything to support u tks

[20/02 12:26 pm] Kind: The video is called “olinda murder plot shocker” but unfortunately i have just noticed that simba has removed all the negative comments when pple were having a go @ him for blatant bush jourlism & twisting things 2 suit his agenda.

I also blame the arrogant ones such as Stunner who ignore those who seek his side of the story only to say what was posted about me is all lies.Learn to speak out your story from your viewpoint when people ask .That way you will ensure that only what you said is going out there and not what others are saying about you …which can be anything.

Well after news that Stunner was involved in a car accident I asked him and he ignored.I then gathered that it was an assault and I again sought his clarification and he ignored only to post on his wall that people are lying it was not an accident.Had he clarified to me what happened the posts that he had an accident would have not reached the public..but it seems he thinks ignoring those who seek clarification serves him right yet it doesnt at all because all it does is share things which can be true or false.Do not ignore those who ask if you dont want anything about you to go out there.If you ignore then enjoy the results and stop mourning.

Anyway they are saying Simba Chikanza is lying that Olinda who was recently his buddie as far as Olinda is concerned kekekekekeke seka hako wasu , plotted to murder Stunner.In the video Simba goes on to say violence is violence no matter what blah blah blah.

Well even if Olinda had decided to get Stunner attacked that would not have been violence at all.It would have been seeking justice for all the emotional and financial abuse she has gone through.Violence is not just an action of eg physically assaulting someone .It is called violence only if there are no reasonable extenuating circumstances to justify the attack so musada kunyepera kuziya zviro zvekubatira pamusoro just because the white men said so.Izwai isusu anaWasu akafunda tisu anhu acho.And what is the emotional abuse that Olinda is going through? Is it not emotional violence which is actually domestic violence too so usada kushatisa zita remunhu just because you see the physical attack and not the emotional violence which can actually manifest as eg BP and kill Olinda in future…so mhondi ndiani ipapa atinozoti akauraya Olinda? Stop analysing issues if you lack the intelligence to do so.

What was really going on before and after is definitely not very clear as the video shared by Zimeye only features a very short part of a telephone conversation and probably some fracas. Previously Stunner said he was attacked by people who wanted to steal from him.He could have lied.

From my point of view I think there was a personal/family fracas but not like a murder plot by Olinda to get Stunner killed in a movie like stunt …but Simba seems to be just exaggerating for usual obvious reasons….. typical .

I dont think Olinda would even have the guts to plan anyone’s murder …..mukati sisi Vee yes ndingabvuma  and I have publicly declared so too on many occasions kekekekekeke .Maybe she plotted the murder but I will really be shocked that she has now gathered the courage to finally take action….which I think is good if she has decided to get rid of the monster tormenting her .

Anyway , the issue here is Stunner said he doesn’t believe Olinda sent him thugs.However Simba Chikanza believes Olinda plotted with her brother to murder Stunner and yes he got many visitors to his site just like when he deliberately lied that Mugabe has died kekekekekekeke seka hako wasu. 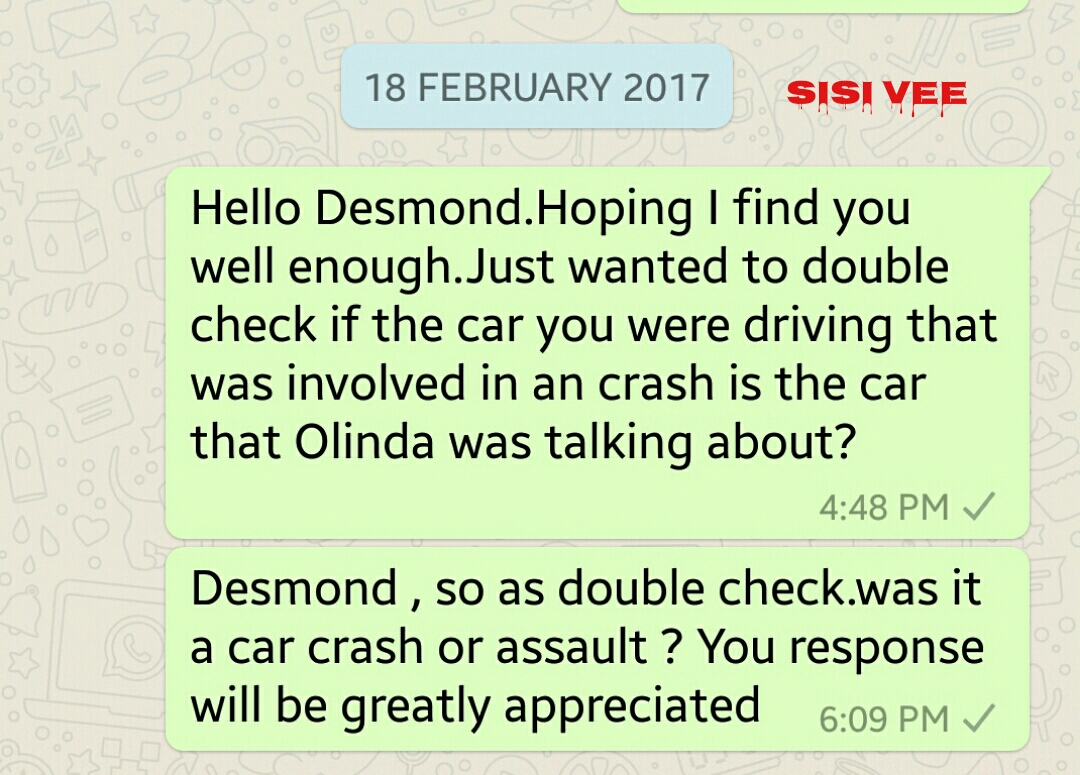 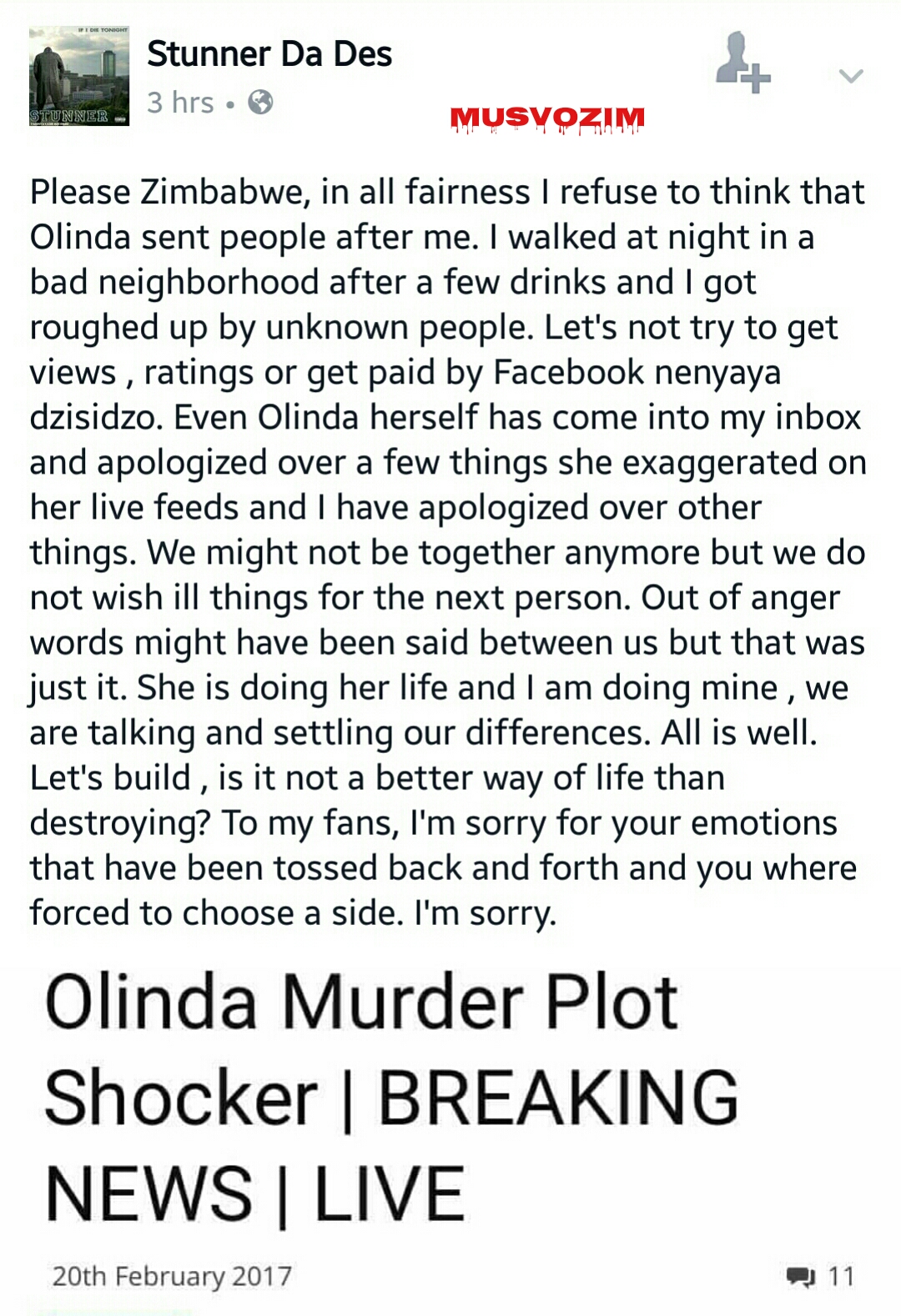 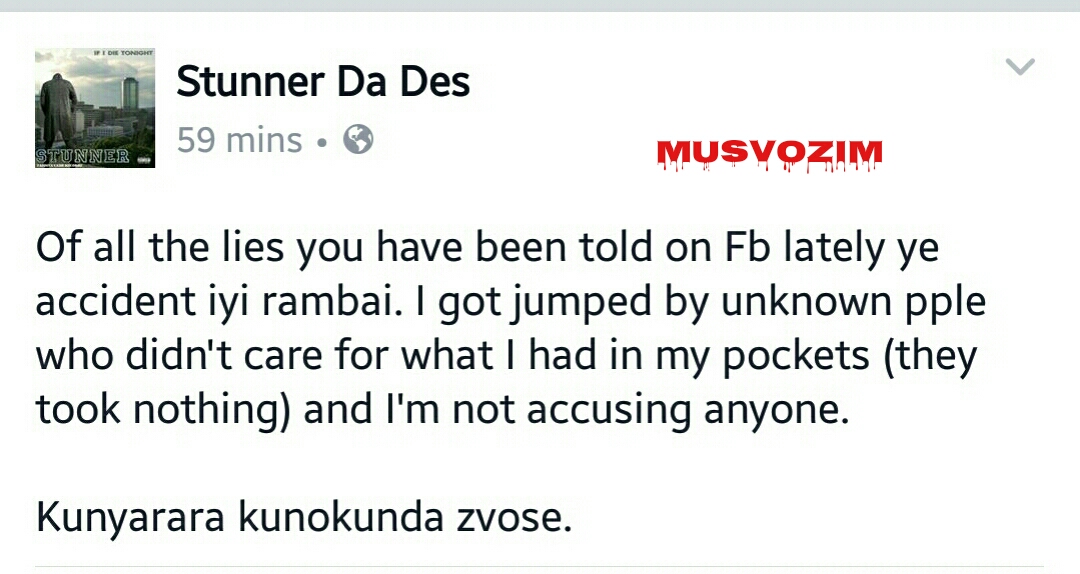 Of the brainwashed blacks aka fools : 181 years ago