Dewa Mavhinga is being accused of cheating his wife with a Sarah Rufaro Dhapi who use Rufaro Dee on facebook.At the time of publishing the story Dewa and Sarah had not yet responded to an inbox from Musvo Nhau on facebook. 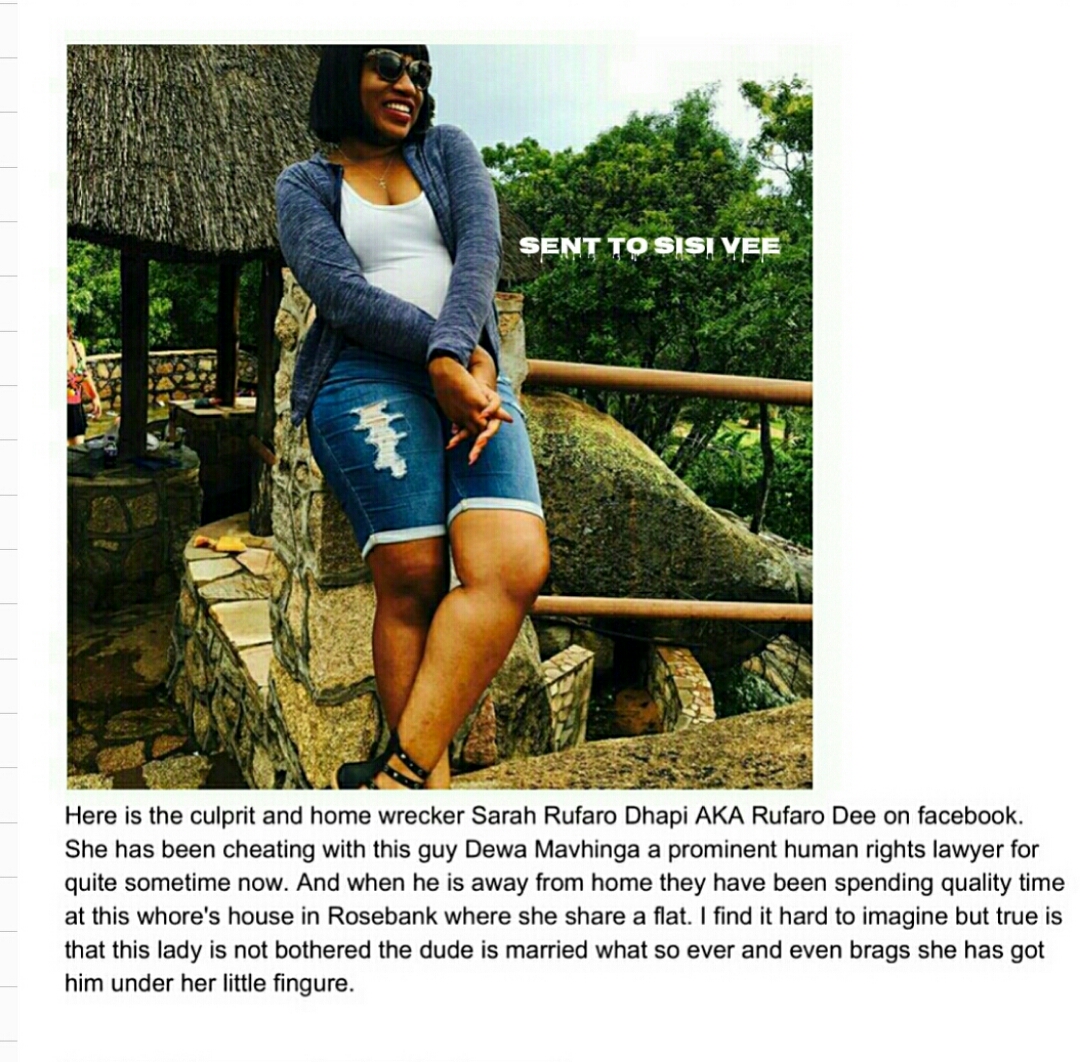 “Dewa Mavhinga is Senior Researcher for Zimbabwe and Southern Africa with the Africa Division at Human Rights Watch. Dewa has more than ten years research and advocacy experience on Zimbabwe as well as in Southern Africa.  Before joining Human Rights Watch Dewa worked as the Regional Coordinator for Crisis in Zimbabwe Coalition based in Johannesburg. In 2012 Dewa co-founded the Zimbabwe Democracy Institute, a public policy research think-tank based in Harare. He is a recipient of the British Chevening and Canon Collins Trust scholarship, Dewa holds a bachelor of law honors degree (LLB) from the University of Zimbabwe and a master of law degree in international human rights (LLM) for Essex University, United Kingdom. “Hrw online.