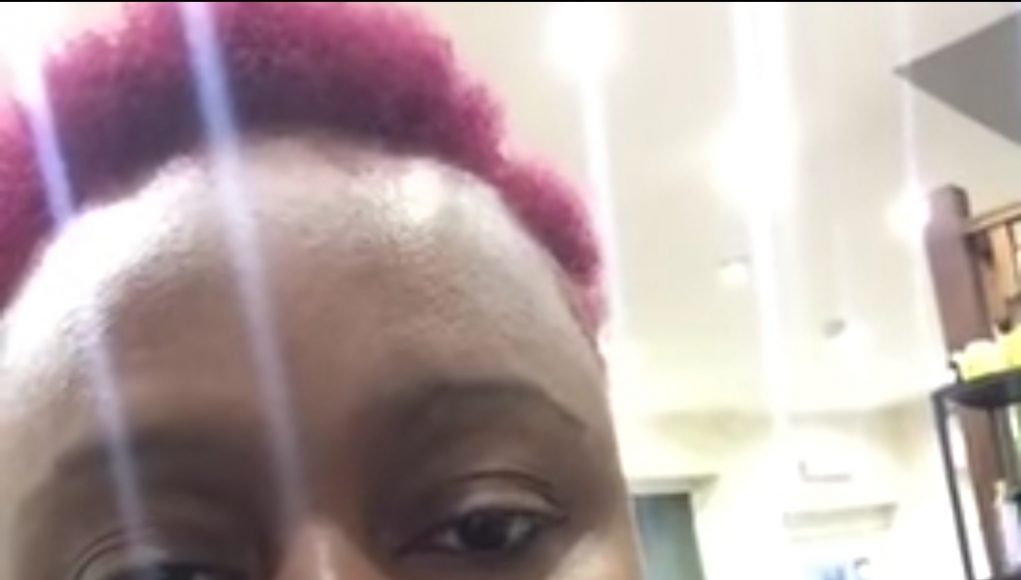 Writing to sisi Vee someone who has had enough said ,

“Sis Vee ndine expose about Chantel Mungofa. she is a serial homewrecker anonyepera kuti business rake riri kufaya asi she is surviving on ma child benefits of her 4 children she is a jealous hateful unfaithful person who does not practice safe sex.

Granny Chantel talks so much negative about Olinda but she forgets that she aborted Phillip  Chiyangwa’s child when she was 17 .She forgets that she then cheated on him with John Jijita and made him think the child was his .Of course he took care of the pregnancy but the truth came out after the child was born and Chiyangwa continued to support the child thats why many people believe her first child ndewa Chiyangwa .Chantel only dates married men thats why all her baby dads are married.

When she came to England she started dating Webster Chinamhora who is married. She got pregnant and had a child but she then cheated on Webster with Shepherd Chidongo who is the father of the two younger children .When he was in jail Chantel had a mental breakdown and said she could hear voices telling her to kill the children and to kill herself these voices told her to set the house on fire so they all die that was the beginning of her psychotic episodes.

She received spiritual help at a Masowe shrine in Leeds UK  kwamadzibaba Zonda. When Shepherd came out of jail they continued their relationship but Chantel constantly cheated especially with a white guy she met on an internet dating site .When Shepherd found out he smashed up all the property but this didnt stop her. She continued to charge her ex webster for sex and she would disappear to sleep with him. Shepherd broke off the relationship after she started dating the current married nigerian man who appears in her live videos even though she is still seeing her internet lover .She seems to be having more psychotic episodes as she imagines that hitmen are after her or that a cat is staring at her she also says that she sees ghosts.

Her obsession with olinda and general paranoia is alarming .She needs serious help instead of people using her for entertainment.

She also suffers from inferior complex trying to be in competition with everyone .When someone seems to be doing better she feels jealous and lashes out .This is the reason why she doesnt have friends .

She accuses everyone of using witchcraft against her.

She is always badmouthing married women because she is a professional home wrecker.

Why mock another person that they are suicidal when you are in the exact situation.

All i have said is common knowledge .She talks about her personal business especially to her clients who have stopped going to her business so she is running a big loss right now which is very frustrating thats why she is lashing out at Olinda.

This is the real reason why she is supporting Deon because she herself was and is like that.

Ask her and she will tell you herself she always loves talking about her escapades.

Chantel has now been accused of child neglect as she never spends any time with her children leaving her 16 year old son to babysit the younger siblings.

The nigerian mans wife is called Clara. She once tried to force Shepherd to marry her by buying herself an engagement ring.

I have a whole lot I can say about her .Those who live in glass houses should not throw stones please hide my id.