A ugandan woman based in UK pleasured herself with this piece of cassava when her husband was at work .She was hospitalised due to bleeding and stuck inside .

Doctors performed immediate operation to remove it from her genital.

She was interviewed after the operations and explained that she did it because her husband’s penis is too small it can’t satisfy her. That’s why she decided to use the 18 inches Cassava root. She designed it with herself but accidentally stuck inside . It started to bleed , right away she called ambulance and went to hospital. 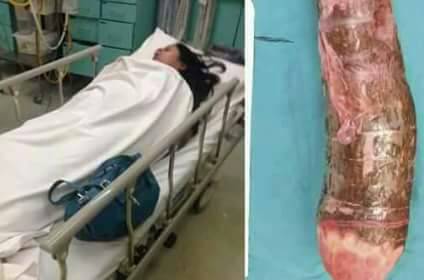