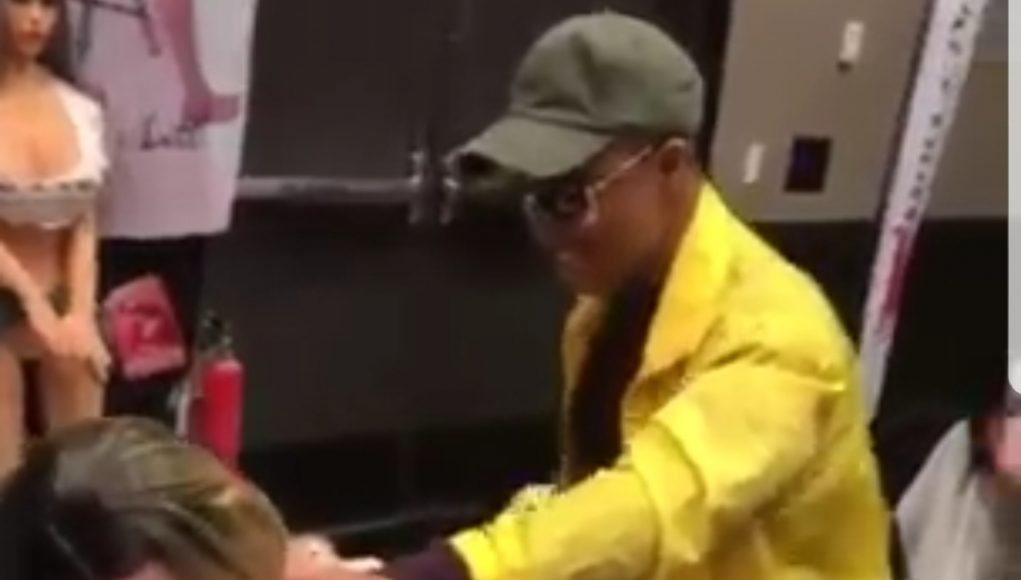 Video : The sex doll is sexually better than the woman who gave birth to him

….and these are fake things designed by a human being .Sexing such objects is not only a sign of acute psychotic behaviour but it also shows how women continue to be viewed as sex objects by some men including the manufacturer.

Degrading women to the extent of convincing oneself that a doll is sexually better than a living human being does not only degrade the other woman you hate so much.It also degrades the same woman who had sex with your father and unfortunately gave birth to a frog like you.Hopefully your sexual encounter with your juicy doll will produce a human being and not another frog like you. The world has more than enough frogs to kiss .

Wherever one’s conscience is .Taking your fakeness to this level is not only making the manufacturers filthy rich , it is also showing us who the babies still playing with dolls are. So who wants to call a baby a husband ? Only dolls with no brains prefer to do that.

How can anyone stoop so low and ejaculate on an object and go on to brag that women are in trouble. It’s your sanity that is in trouble dude and not the woman’s charisma.If you still insist women are in trouble then it’s your mother the bitch who gave birth to an idiot like you who is in trouble from the disease ravaging your brain cells and your sexual organs.In any case you use your penis to think so why am I even writing this opinion.

I guess only such idiots’ mothers are threatened by dolls.Not me sisi Vee . I bet you also rape dogs and not dolls only.

Comparing a woman to a doll is not only madness of the highest order. It is also proof that since time immemorial women are viewed as sex objects by some braindead lads out there and there’s no positive sign that this will stop anytime soon .

However , your mother is the first sex object you have known in your life that’s why some people call you motherfuckers…..and guess what ONLY motherfuckers fuck dolls. Kekekekekeke benzi rinokwira mudhori rotoona serakakwana .

Well , I guess the development has its own merits.At least you can now rape dolls and not our children you sexually abuse and rape day and night.

Can someone please advise the manufacturer to give out these dolls for free so that these paedophiles and rapists can save our girls and women. Free sex dolls please . Thank you very much