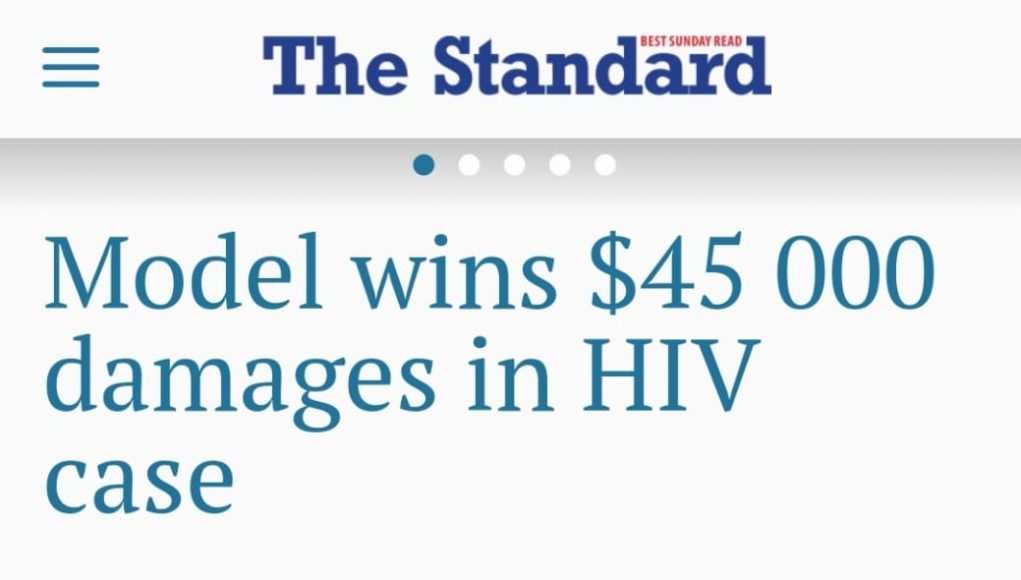 A Harare model who was dragged to court on false charges of deliberately infecting her lover’s child with HIV has been awarded $45 000 damages by the High Court after a ruling that the arrest was illegal.

Tafadzwa Mushunje was arrested three years ago after the false allegations by the child’s mother.

The judge blasted the police officers for abusing their authority by “believing that it is their right to be above the law” while conducting unwarranted arrests.

She said the abuse of power was making it difficult for the public to trust the police.

Justice Mushore said the unwarranted arrest of civilians by police officers acting “irrationally and excitedly” was also causing great financial loss to government since victims of such arrests were being awarded damages “at the expense of the public purse”.

“At this juncture, I need to pose a question: How can the public trust a police force which uses its uniform to victimise innocent civilians at the expense of the public purse that is used to pay out awards of compensation to wronged individuals?

“This is abuse of power by police officers who believe that it is their right to be above the law,” she said in her ruling.

She said in Mushunje’s case, the National Prosecuting Authority “were derelict in the performance of that duty”.

The judge said the police only acted on a report by the child’s mother Tracy Sihle Harry without carrying out their own investigations.

“The police arrested (Mushunje) on the basis of a mere report,” Justice Mushore said.

“They should have appreciated that it was necessary to examine the toddler and obtain an HIV test before they acted irrationally and excitedly by proceeding to arrest the plaintiff.

“Oddly, the police ignored the plaintiff’s report about the defamatory publication on social media.

“They also inexplicably allowed the first defendant to assault the plaintiff in their presence. The police displayed animosity and vindictiveness against the plaintiff.”

The judge said she was impressed by Mushunje’s testimony and by her composure while she was giving evidence in support of her claim.

She ruled that $20 000 was for Mushunje’s wrongful arrest and $25 000 to be paid by the prosecutor-general’s office for malicious prosecution.

Police and the prosecutor-general’s office will also pay interest and costs of the lawsuit.