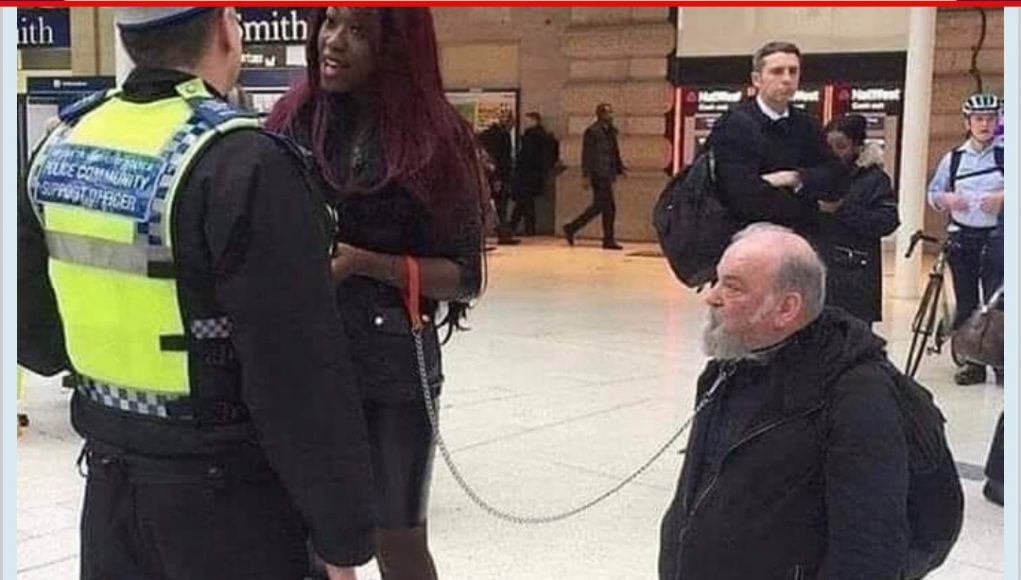 Police in the United Kingdom have arrested a Nigerian lady for turning a white man into her pet and dragging him on the ground like a dog with a chain tied to his neck.

The incident which took place yesterday drew a lot of attention after police noticed the black Nigerian woman pulling the ‘pet’ man on the ground as the man obeyed and crawled on his knees and hands in total submission.

Reports have it that the woman had apparently applied juju to confuse the white man, who later accepted to be her pet.

In one of the streets in the UK, the woman happily moved around while the old white man was following and crawling like a dog.

Police officers, after noticing the tired white man, arrested the woman and started questioning her. It was later confirmed that the lady was on a revenge mission.