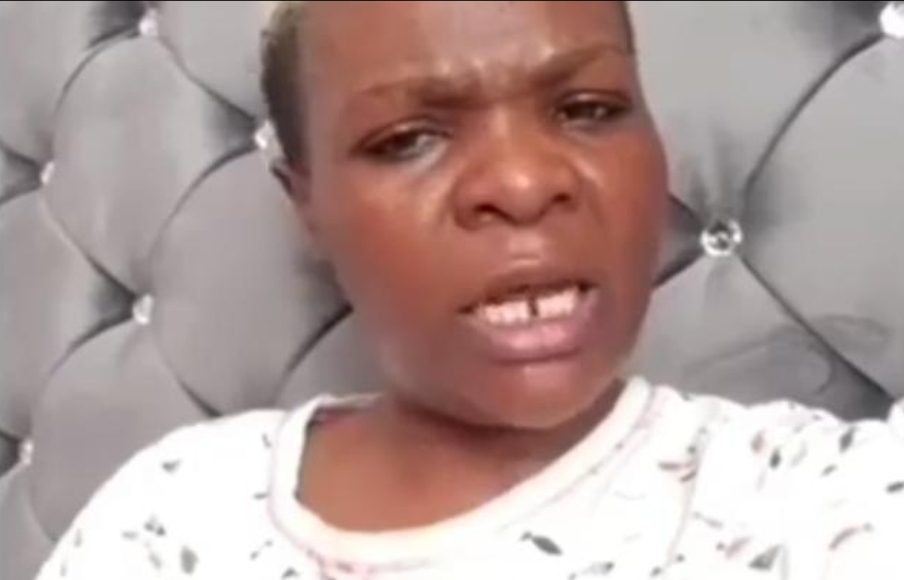 The violent cyber bully and  Zanupf supporter Felistas Murata ( Felistas Edwards) mai titi is at it again live on facebook threatening to beat Jacqueline Ngarande. The  habitual cyber bully does not take lightly any negative comments about her bullying behaviour . Felistas did this facebook live video one of her many live videos on facebook threatening Jacqueline with a thorough beating for crossing her path . It is not clear if Felistas has been reported to the police.

Felistas made headlines after she was shamed in 2017 for  spreading HIV knowingly in Zimbabwe . She lies that her ex husband Tapiwa Mutikani who is now married to another woman infected her with the virus. However , a woman who used to frequent pubs in Glenview Harare with Felistas informed that Felistas is a hooker who was divorced by her husband after she cheated on him.

VIDEO : Felistas threatening Jacqueline with a thorough beating and for Jacqueline to change direction when she sees Felistas failure of which Felistas will clobber her and go to jail for the crime.

Video : Video : Zanupf police at it …man facing it