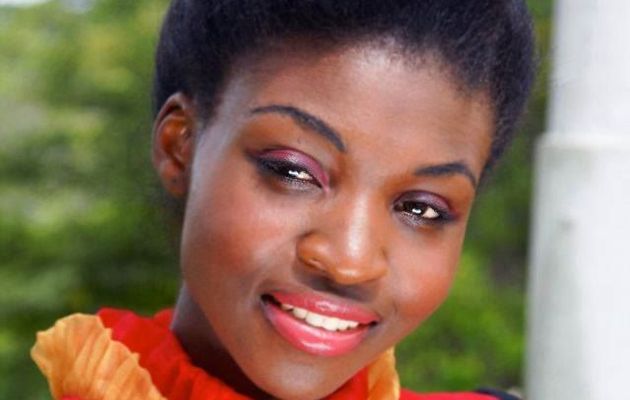 In a statement, the Miss Zimbabwe executive board said Kachote had violated the rules and regulations governing the pageant.

“The Miss Zimbabwe executive board would like to inform the nation that it has resolved to dethrone Miss Emily Kachote as Miss World Zimbabwe 2015. Early this month one of the local tabloids carried a story, which alleged that Miss Emily Kachote’s nude photos had appeared on a WhatsApp group.

“This report came shortly after Miss Emily had confessed that she had once posed nude.“This was in violation of the rules and regulations governing the Trust which all the contestants appended their signatures to,” read the statement.

Miss World Zimbabwe Trust regulation number five reads: “Winners of the Miss Word Zimbabwe beauty pageant, whether a title holder or a runner-up must not have posed nude professionally or socially in all forms of media.

“Being in a relationship, sexual advances towards anyone and any behaviour categorised as immoral by the Miss Zimbabwe Trust is grounds for instant disqualification and dethronement.”

The statement further reads: “It should be noted that during the scouting and the preceding boot camp all aspiring models appended their signatures to these regulations and undertook to abide by them.

“The confession by Miss Emily Kachote that she once posed nude and her admission of the existence of the photos led the Trust to dethrone her since her conduct was a precise violation of rules governing the Trust.

“The First Princess Miss Annie Grace Mutambu has since replaced Miss Emily Kachote. In its quest to have a probity queen the Trust will not hesitate to effect its rules and regulations governing it.”

In an interview, Miss Zimbabwe Trust spokesperson Tendai Chirau confirmed the development adding that a ceremony to crown the new queen and hand over prizes to the winners would be held within a fortnight.

The decision to dethrone Kachote ends weeks of speculation as the Trust took an unprecedented five weeks to announce the decision. Kachote has faced the same fate that befell her predecessor Thabiso Phiri, who was dethroned after a similar scandal last year.

Mutambu will represent Zimbabwe at Miss World 2015 to be held on December 19 at the Crown of Beauty Theatre in Sanya, China where reigning queen Rolene Strauss of South Africa will crown her successor.