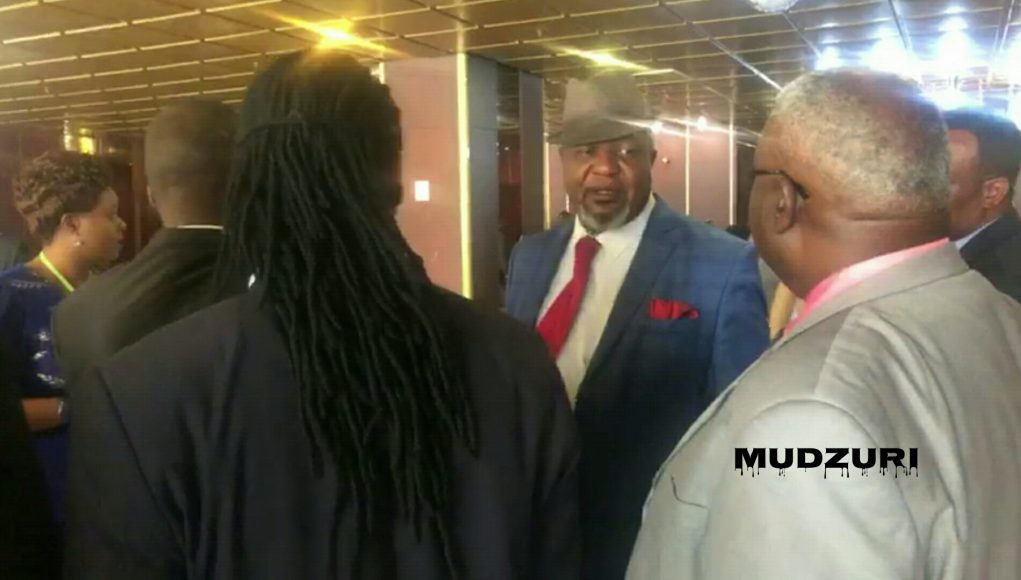 Video : MDC-T terrorising their own Mudzuri for meeting Mnangagwa at State house yet ivo they go to parliament : Very disrespectful

“Mese muri vatengesi muri kudya nemazanu muchivatora futi into your party so zvashamisei panaMudzuri.Schupeti no wonder mapedza 20 years muchindoti chinja .Hamuna kukwana.Thank you very much Mr Mudzuri or whoever wrote such a professional statement …raising valid points. Am not sure hangu if the hypocrites in your party should have been informed by yourself that you will be going to state house on business or not .However , these junior guys are very disrespectful and unprofessional. You dont challenge your own official in public like that. Asi hamuna code of conduct or even common sense. You follow channels to call for a meeting and you discuss the issue behind closed doors.I think you should apologise to Mudzuri for belittling him in public. Kana president wenyu akakwana he should demand that you apologise for your thuggish behaviour and suspend you from party activities for 3 months. You need training on public etiquette and professionalism. It’s very unfortunate for sure, not only for Mudzuri but for our nation that is infested with thugs everywhere masquerading as leaders. Moreso you behave like that in public mukore uno wekuti video cameras are in almost everyone’ pocket. Kunyadzisa kwazvo. Hamuneti kupa mazanu opportunity dzekumunyomba . Shame on you hypocrites .Musaende muparliament too kana mati zvezanupf hamudi because mnangagwa is illegitimate .Have said this before” Said sisi Vee.”

This morning I responded to the invite that was extended to me by Senate President in my capacity as the leader of the House under the Parliamentary Standing Rules and Orders rule 11 that states:
“The President of the Senate and the Deputy President of the Senate, accompanied by their proposers and seconders and other Senators, shall as soon as may be after their election, present themselves to the President.”

It is with sadness and unfortunate circumstances that my fellow junior parliamentarians would want to play petty politics on something that is part of my terms of reference as Party deployee.

My confusion to all this stems from the fact that, if what I did was “ illegal” to my fellow parliamentarians, then I want to understand what we are still doing in parliament as a Party and wasting taxpayer’s money.
I went to State House not to appease President Munangagwa, but to respect the office of Parliament. If am wrong and they are right I would be proud to be fired from the Party because I represented the Party in Parliament business. It’s sad that my very colleagues, were fully engaged in parliament business at HICC on post budget consultations, a budget presentation that saw MPs under attack from police. What hypocrisy!
I believe that I went to State House not to betray anyone nor did I do it nicodemusly, but in the full knowledge of my colleagues who then faked theatrical accusations.

The nation is faced with acute economic challenges under a failed leadership of ZANU-PF. That must be our focus, but to abuse my person this way is very unfortunate.