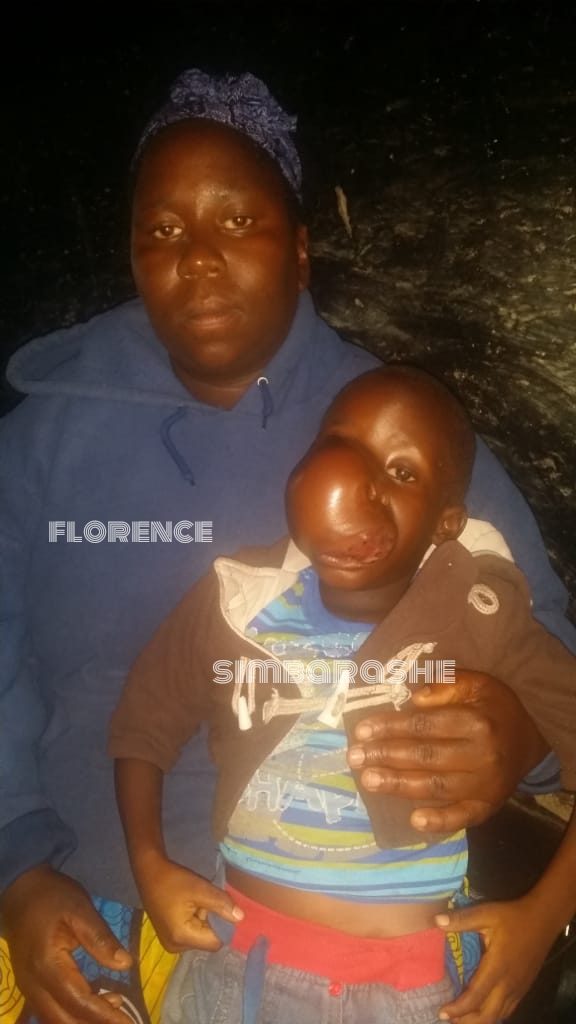 Below is what the shameful evil psychotic man Hopewell Chin’ono said bragging that Violet was lying that this family exists. The man who spread the fake news that this family does not exist  claims to be a journalist . 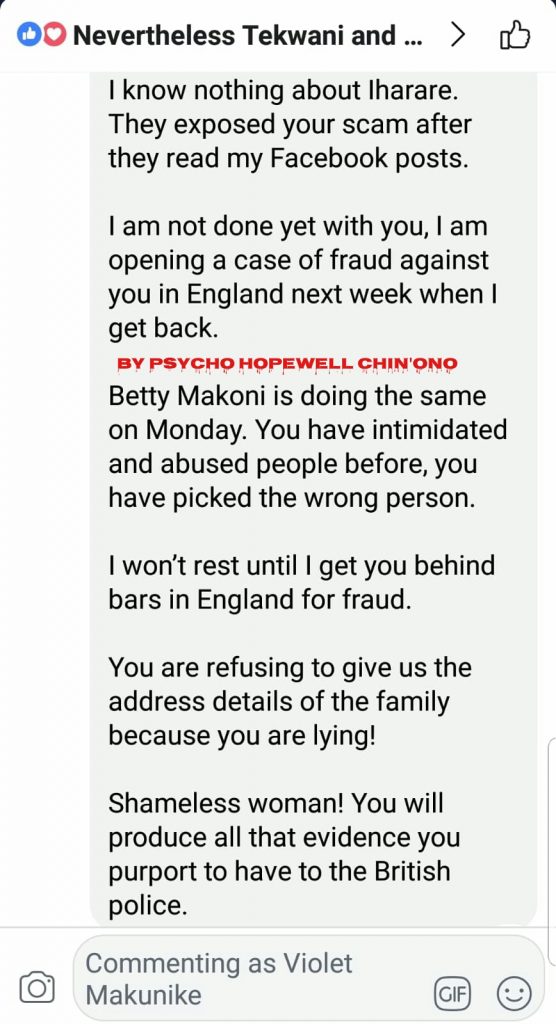 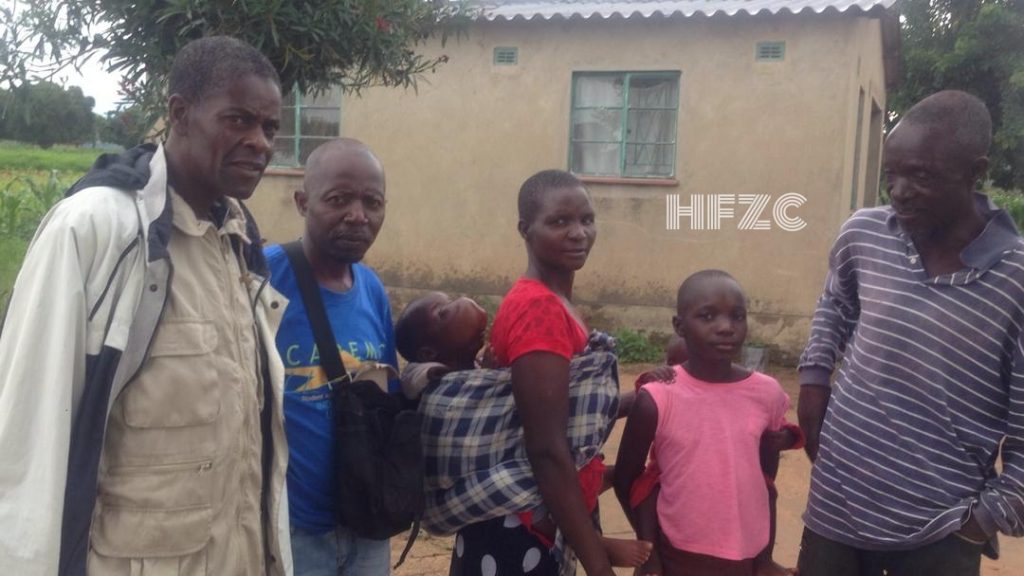 Narrated by Florence Fungai Marimbire a volunteer who visited the family with another volunteer Silas Paradza .

The heartbreaking story of Simbarashe has been dubbed a scam by a heartless psycho and shameful conartist Hopewell Chin’ono of iharare online newspaper and his associate Betty Makoni with Hopewell accusing Violet of lying that this family exists. One wonders how the two are feeling having been left with eggs on their faces as it is now very clear that their intention was just to smear campaign the appeal inorder to settle personal scores with Violet who was instrumental in shaming Betty Makoni for abusing Oxfam donor funds. It has since emerged that Hopewell Chin’ono faked a documentary involving Betty’s Girl Child Network (GCN) and the two embezzeled Oxfam funds that were donated to also produce the documentary which was supposed to feature the plight of sexually abused girls in Zimbabwe.

The visit to save Simbarashe’s life was organised by Violet Makunike who is running a campaign to rid 4 year old Simbarashe of the tumor growing on his face with the support of many Zimbabweans who have donated their time , cash and hearts to the child and his family.

Thank you very much for your donations. If this story has moved you and you would also like to donate to the cause you may ecocash direct , or use worldremit etc to Violet Makunike on *078 352 4049* Zimbabwe

You may also donate through the Gofundme page at

https://www.gofundme.com/283ydv-appeal-for-cancer-stricken-4yrs-simbarashe-dande
———-
“Good morning everyone who helped this journey to happen.
This is Florence Fungai Marimbire and Silas Paradza giving you feedback on our Murehwa journey .We travelled to Murehwa on 10-01-2019 which was apparently Simbarashe’s birthday. We left chachacha shurugwi heading to gweru to collect Mr Paradza around 03:00am that is when we started our journey.

We travelled well by 09:15 we arrived in Harare .It was seriously raining which also delayed us a bit.We did our grocery that included some things that we considered necessities which are cooking oil,rice,sugar powered milk inkomas lacto, flour, butter cup washing sopa, bathing soap ,salt ,tea bags youghurt, matches crate of eggs ,chips colgate cerevita porridge ,drink

This groceries we bought at food world to the cost of $140.
As we proceeded we bought some medication that is stop pain as we were directed by the pharmacy i.e. Varistan syrup and stopain syrup which both cost $32. We also bought a drinking bottle that costed $6 .We also bought the family a mobile nokia phone.

We proceeded to 4th street to catch transport going to murehwa as we were communicating with a family friend to Dande family to wait for us,we left Harare around 12:30 due to fuel problem so transport was a bit hectic .We arrived in murehwa around 3pm as we found the family waiting for us.

The Dande family stays close to Gohwe school.Before we met the family we so happened to meet the headmen ‘s wife .She asked us whom we were and we explained ourselves to her and our mission in her community and she was happy.

We walked for about a km to the Dande family from the nearest shops.We were welcomed by the mother at home carrying Simbarashe.We formerly introduced ourselves to the family and after that we prayed so as to start our program.

We started asking the family questions i.e who they are.
They are a family of 6 father and mother and 4 children , Simbarashe being the third born. Their first born must should have been in form one but is not going to school due to not having school fees .The second one is a daughter who is in grade four .We met her as she was coming from school socked with rains without an umbrella or rain coat .

Simbarashe is 4 yrs old struggling with pain and then comes a 2 yr old baby who is always by the father ‘s lap giving his brother simbarashe time with his mother.The family said they are staying by their father’s homestead but with no live stock.

We started talking about simbarashe ‘s well being .They mentioned that Simbarashe started his problem in march or April 2018They went to their nearby hospital in murehwa central and they got reference to mutoko hospital. As they sought medical help the growth was growing which led the mutoko hospital to refer them to Harare hospital where tests were done and found out that Simbarashe had cancer. They were only given stop pain and were told that they could not be helped in any way .

Simbarashe has been in pain since last year but they could not do anything due to lack of funds.We asked them if they had approached any one in the leadership for example the headman or councilor . They said they did but no one could help even by coming to see their child in pain. There’s some time they promised to be given money by the councilor but he lied to them.
The father mentioned he went to a lot of prophets trying to get help but nothing changed and the cancer kept growing.

So they are looking forward to get help and they wished if it could not take time.

We asked the parents if they have birth certificates. The mother she has ID and Simbarashe has a birth certificate too. As for passports they both don’t have passports.They accepted the offer to get them to South Africa to get medical help and have the operation done on Simbarashe.We had to speak to the family friend who also appreciated the visit from us and we gave him $10 for also helping with his phone during the times of communication.We left Murehwa around 5pm.