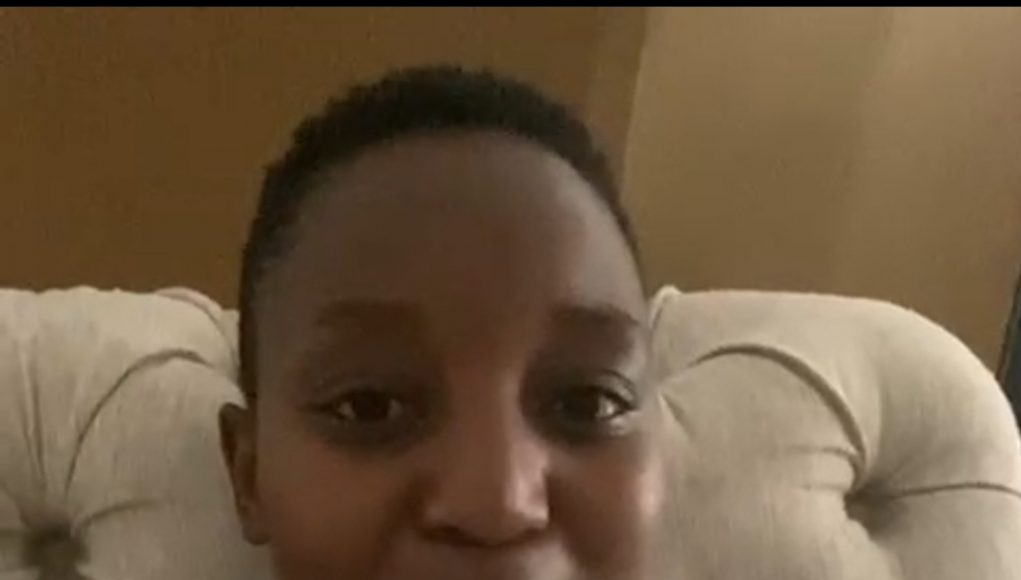 Zanupf and Emmerson Mnangagwa supporter Susan Mutami who is alleged to have appeared in court for credit card fraud.She also conned a Jennifer (RIP) £1500 worth of wigs. She  masqueraded as a one time donor and had an affair with Zanupf fraudster and member of parliament Themba Mliswa. In on of the videos the pregnant and jilted by Mliswa , Susan is bragging that Zimbabwe president Emmerson Mnangagwa is a good man.In the other video she is claiming that she was impregnated by Mliswa and carrying twins.She goes on to dance saying she is not bothered that she donated her legs/ vagina to Mliswa who has several wives and girlfriends and about eighteen (18) children. In one audio/video the  MP Mliswa is using dirty language bragging that he had sex with Susan and that Susan sent him her nudes.

Only fools support the thieving thug. He terrorised and beat up white farmers. He was also involved in us and zambia visa scams

More about the zanu thug and thief Themba Mliswa👇🏼

Controversial Zanu PF businessman Temba Mliswa was convicted on seven counts of assault.
The court found the businessman guilty of assaulting his employees.
Mliswa, who reportedly launched a scathing attack on Commissioner General Augustine Chihuri, describing the top cop as the most corrupt person in Zimbabwe, appeared before Karoi provincial magistrate Elisha Singano for the resumption of his trial on Thursday.

But at the close of the defence case, Singano slapped the outspoken former Warriors fitness trainer with a fine.
He ordered Mliswa to pay $50 fine for each count.
In passing sentence Singano considered that all the seven complainants had written affidavits with the intention of withdrawing charges against the maverick businessman who has had several brushes with the law for varied reasons.

Prosecutor Simon Tapiwa proved Mliswa, who has been detained in various holding cells including those at the notorious Matapi Police Station in Mbare, Harare, brutally assaulted his employees after accusing them of stealing farm chemicals.
The state further proved that Mliswa used different weapons to assault his employees who sustained deep cuts all over.
Meanwhile, Mliswa’s bail conditions on other charges he is facing were relaxed by a Harare magistrate on Friday, who subsequently released his passport.

However, Mliswa is expected to appear before regional magistrate Never Katiyo on October 18 for trial on charges he is jointly facing with George Marere and Martin Mutasa, son to the Minister of State in the President’s Office Didymus Mutasa.
The trio is accused of allegedly trying to grab a vehicle accessory company from businessman Paul Westwood.

During their bail application three months ago, Mliswa indicated he owned shares in the company and accused Westwood of trying to dispossess him of his shares in the business.
Mliswa was in court last month accused of allegedly stealing six 60 KVA generators from farms around Karoi, allegations he has since denied.

He was also taken to court for allegedly defrauding the Reserve Bank of Zimbabwe of $3,5 million, a charge Mliswa said was purely civil.

At the time of his arrest earlier this year, about 70 charges ranging from fraud and extortion to assault were laid against the businessman.
He has also been accused of terrorising the remaining white commercial farmers who stayed the course despite the violent land reform programme of 2000.
[01/02, 10:45 pm] Sisi Vee: Themba Peter Mliswa fraud

Hes a fraudster too

1. Temba Peter Mliswa was born in Zambia on 1 September 1971.
2. He is the second born in a family of six, comprising three girls and boys. He eventually relocated to Zimbabwe with his family where he did his primary school and proceeded to Lord Malvern School and the famed St Faith’s Mission School in Manicaland Province for his secondary education.

3. Mliswa grew up in Harare in the Waterfalls suburb living with his parents. He was married to Gracious Mabodza and the two have two daughters Alexandra and Farai.

4. He was employed in 1988 by the Zimbabwe Cricket Union (ZCU) as a development officer, Mliswa also worked for the Zimbabwe Rugby Union (ZRU) for a short time before leaving for the United Kingdom.

5. Mliswa advanced his studies in sport fitness in the United States before he returned to Zimbabwe. Armed with his qualifications, he entered the sporting, business and political terrains. Initially Mliswa confined himself to the sports domain where he set up Chimurenga Rugby to afford black Zimbabweans an opportunity to showcase their talent

6. Temba is the owner of Spring Farm in Karoi, a tobacco farm which was allocated to him as part of Zimbabwe’s the controversial fast track land redistribution in the late 90s. Spring Farm itself is part of Saltlakes Holdings, a group of companies comprising Saltlakes Tobacco, Saltlakes Advisory and Saltlakes Implements.

*7. In 2010, Mliswa (along with Martin Mutasa (Didymus Mutasa’s son) and George Marere) spent weeks in prison after being arrested for charges of fraud involving US$1,05 million. The three were alleged to have defrauded a Harare man, Paul Westwood of his 50% shares of Noshio Motors, a registered car dealer company jointly owned by Westwood and Hammarskjöld Banda and his wife Brendaly.*

*8. In October 2014, Mliswa was dragged to court by the CBZ Bank Limited a subsidiary of the Commercial Bank of Zimbabwe Holdings for a debt which he had accumulated to 2.7 million emanating from loans and advances which he got from the bank during the 2011 to 2012 farming season.*

9. In September 2012, Mliswa revealed how he had used his political connections to help controversial businessman Billy Rautenbach attain a deal with the government for the Chisumbanje Ethanol plant and Hwange Colliery.

10. The dirty dozen comprised twelve Members of Parliament who received financial aid from the United States of America government through the U.S embassy in Harare. His actions were not welcomed by his fellow colleagues in the party considering the sour relations between the Zanu PF government and the U.S. In the same vein, he was also accused of spying against the government by giving classified information to one Eric Little who works for the U.S Embassy in Harare and is believed to be a member of the CIA.

Temba Mliswa is an outspoken Zimbabwean politician and the current Member of Parliament for Norton Constituency having won the by-election on 22 October 2016 as an independent candidate. He is the former current Parliamentary Portfolio Chairman on Mines and Energy. He is a former member of the Zanu-PF Party. He was once the ZANU-PF provincial chairman for Mashonaland West Province before his ouster in December 2014 and subsequent expulsion. Temba is also a businesssman , a former rugby coach and a fitness trainer. Temba was reelected into office in the 2018 harmonized election.

*In February 2019, Mliswa resigned as chairman of the Parliamentary Portfolio Chairman on Mines and Energy following allegations of corruption. Mliswa claimed that he was innocent but that he was setting an example for other leaders. Days later, he had an animated verbal exchange with Zanu-PF parliamentarian Dexter Nduna whom he called a thief. Nduna had been instrumental in the expulson of Mliswa sister, Mary Mliswa from a Mashonaland West provincial committee.