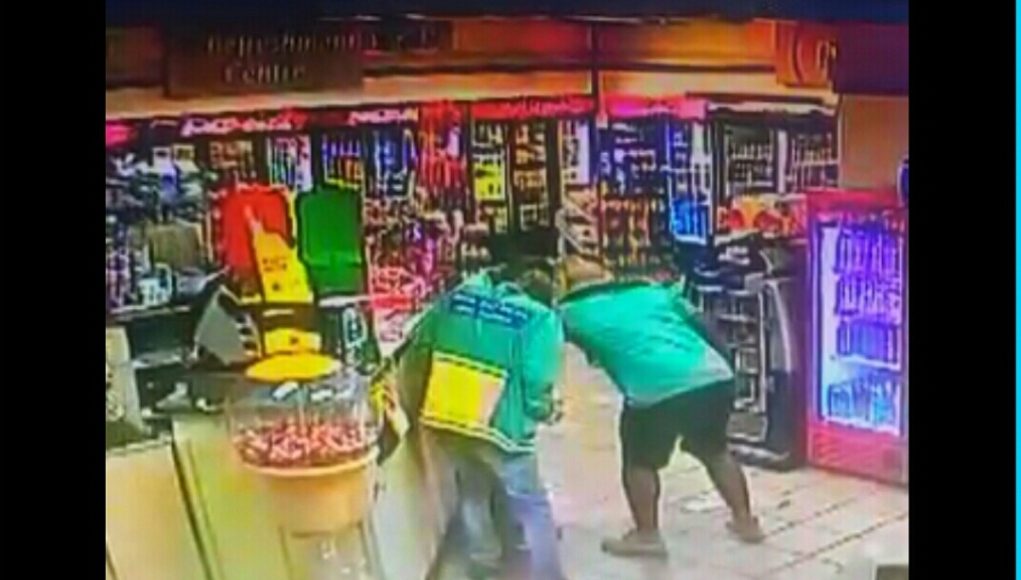 So came the message to sisi Vee

“Sis Vee how are you?

Am trying to upload a CCTV footage of my eldest brother  being robbed at gunpoint in a shop at a service station in SA Lewis yesterday evening. He was enroute to Zimbabwe”.

The man who looks shaken doesn’t seem to believe what is going on as a shopkeeper watches the armed robbery.

” He is a transport operator works for a certain SA bus company which plies the Harare Joburg route. So they were coming from Joburg and he says thats  where he meets his boss at that service station in Lewis to cash the money everytime and to refuel. So yesterday he had called his boss as always to say they were almost there. So when the bus was  fuelling up and waiting for the boss, he got into the shop  to buy something as you can tell from the video. Thats when those thugs got up to him.

He says he had noticed these two guys by the pump but didnt suspect anything so he thinks initially they wanted to pounce on him by the pump. They suspect a tip off. Upon realising this his boss who was now outside had to speed off with his life cause he suspects these guys wanted him. They got away with my brother’s particulars and cash over 20 000 rands.

A police report was made and later they proceeded and they arrived in Harare around lunch time today. I have just seen him .He was not hurt .” Added the brother.