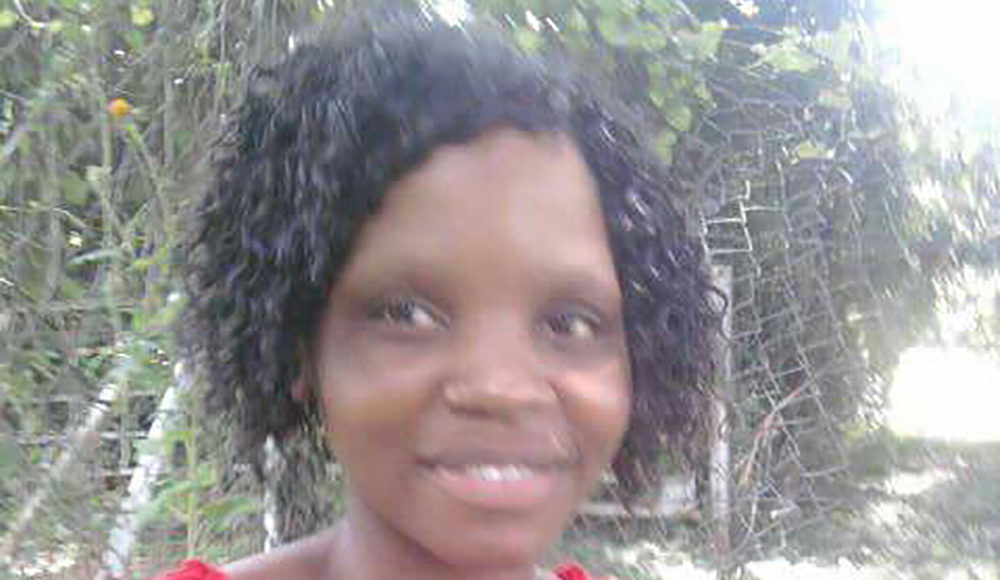 From a musvozimbabwe whatsapp group member.Unedited .He said he received it from a friend in Masvingo.

A police Constable based at Masvingo Rural hanged himself last night on a tree a few metres away along Gweru Road turn off Masvingo – Harare Highway after he had parked his vehicle besides the road. The Constable who is Cst Marapira had a misunderstanding with his girlfriend who had dumped him.

The girl Claris Sagiya of Masvingo is a student at Morgenster Teacher’s College and is doing her last year.

It is understood that the now deceased who is married and staying at Nemamwa Growth Point was sponsoring the fees and other expenses before the girlfriend decided to dump her.

Efforts to get a comment from Masvingo Police spokesperson were fruitless at the time of going to print. May his soul rest in peace anyway.

———————
Sisi Vee investigating has below contacted a number on a suicide note sent to musvozimbabwe together with the officer’s image.

Makadii henyu.Is this Claris Sagiya.Ndi Sisi Vee ndinonyora nyaya so pane image yandatumirwa yevari kunzi Cst Marapira hanging from a tree.He is said to have left a suicide note which was sent to me too.In the note he is said to have written saying ndafira Claris Sagiya and on the note there is this phone number that I have contacted you on.Just wanted to clarify if he is the one who passed away in case you know about it.I write news so am trying to avoid spreading death news that can turn to be a ‘hoax’ about someone else.Your response will be greatly appreciated. 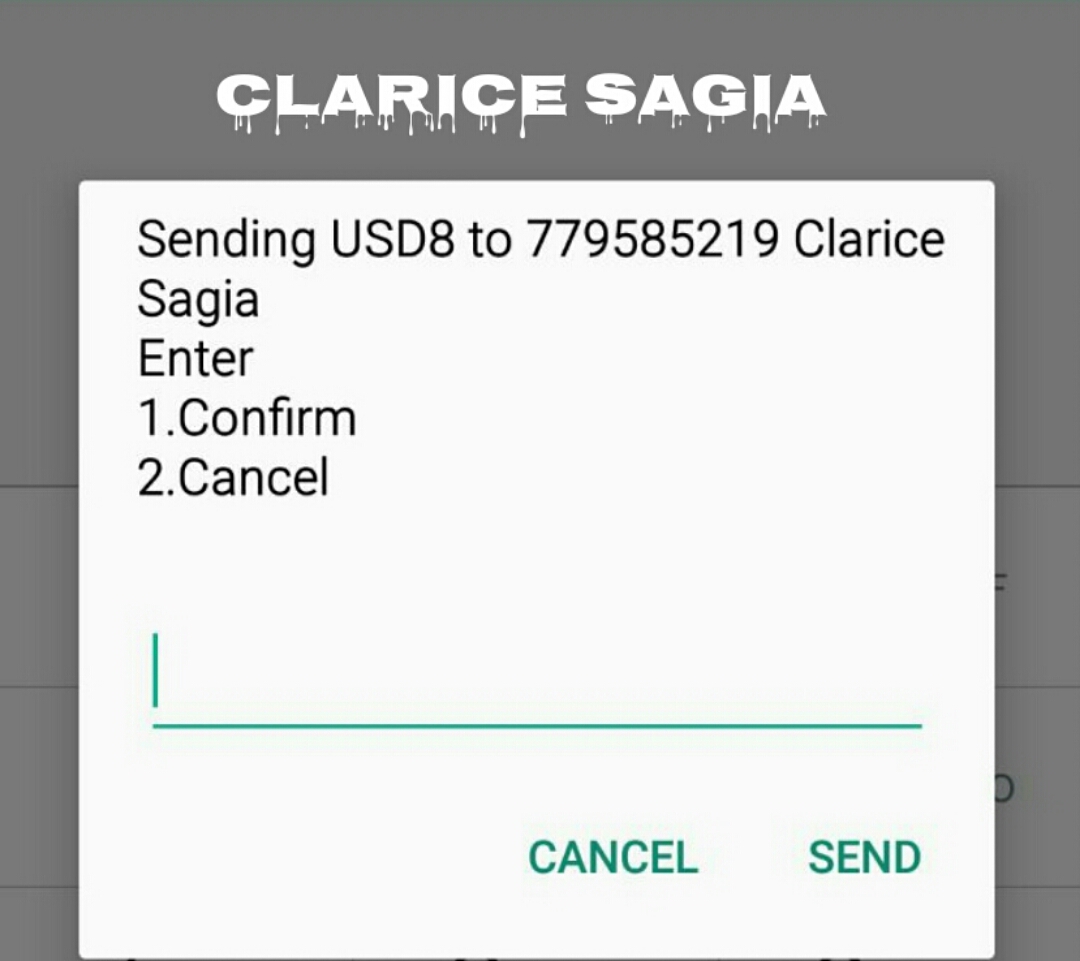 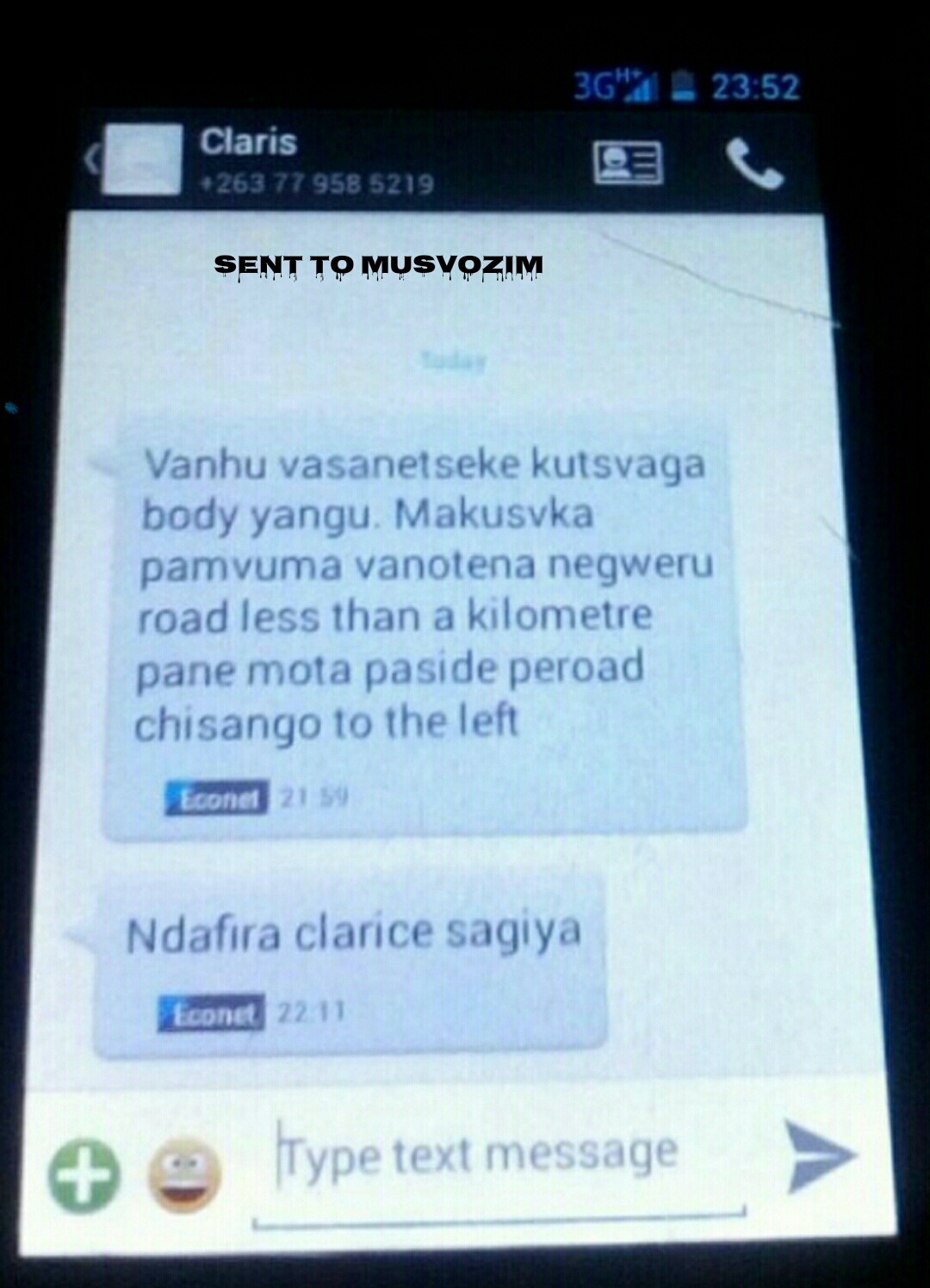 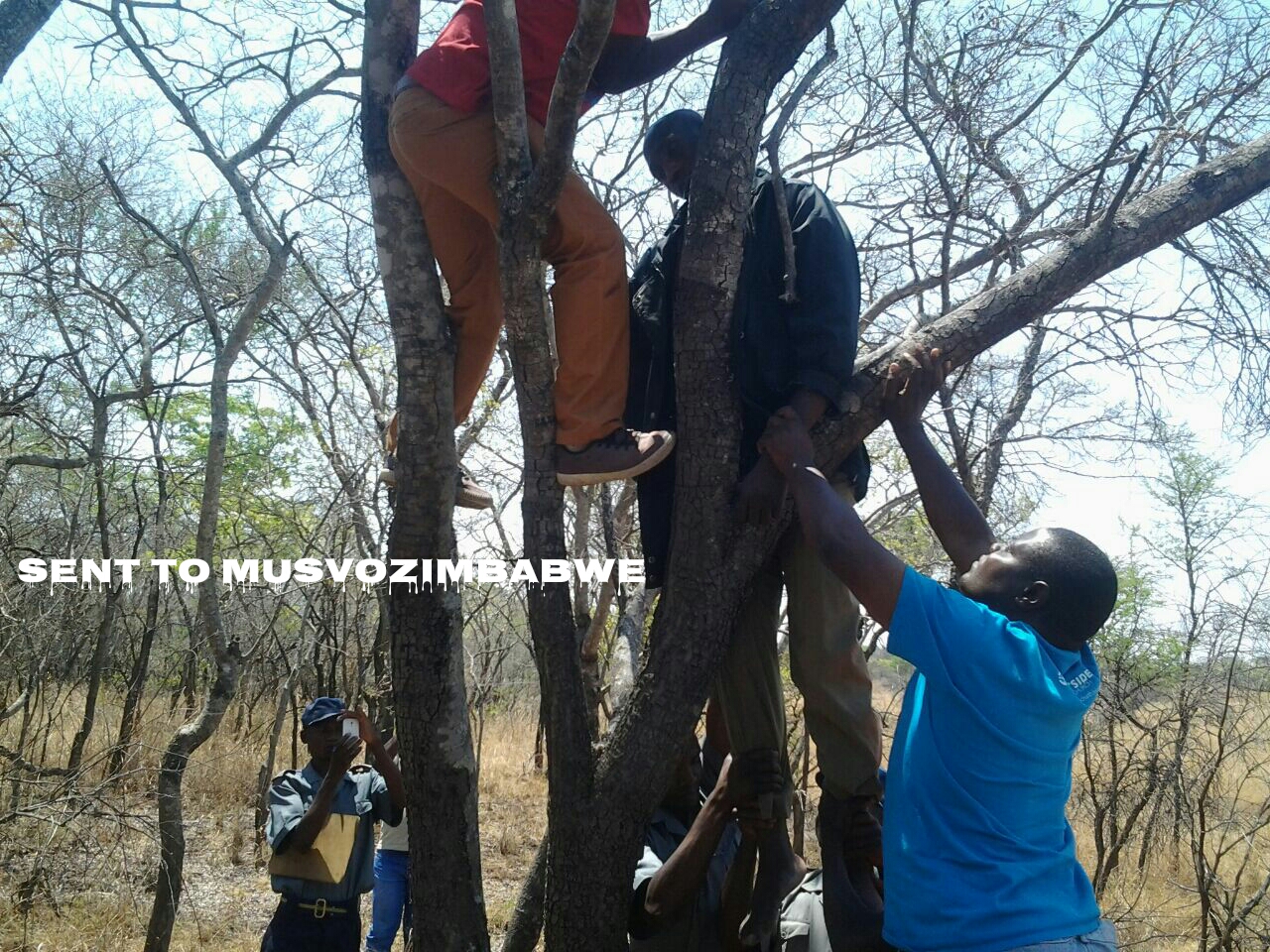